One of the critical factor in launching satellites into orbit is their proximity to equator. When a satellite launch happen close to equator, reaching the desired orbit can happen faster and thereby cheaper. Urvyam’s unique ability to launch from sea make satellites launching from equator seemingly possible. The advantage passed on from sea launch not only reduces the technical complexity in satellite launches but greatly saves a lot of fuel which in-turn further reduces the cost of launching satellites into orbit. Sea launches also enables increasing the payload capacity of launch vehicles and heavier satellites can reach to orbit in comparatively reduce cost. 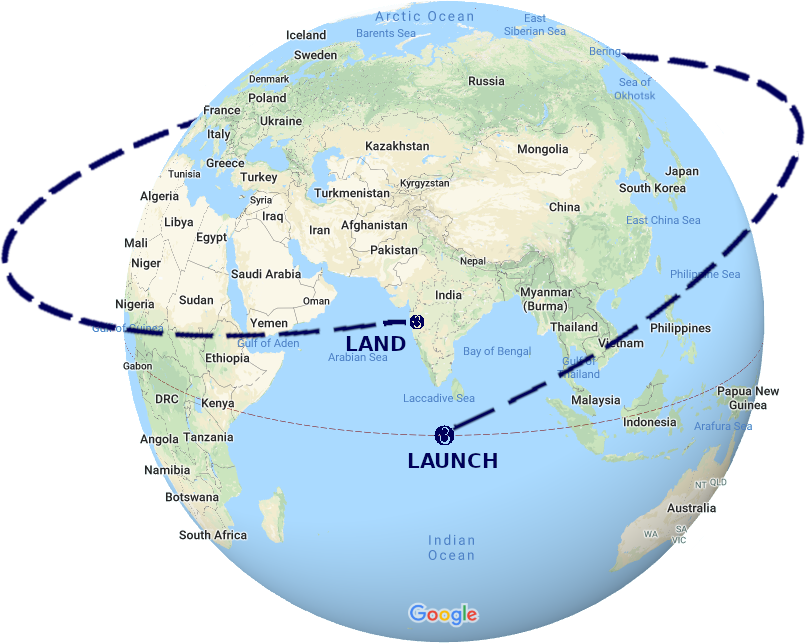 As all our SLV launch will happen from sea, it is possible to do pickup of all our satellites from customer base using existing sea port channel and configure them at the sea launch pad before actual launch. Alternatively for heavier launch vehicle like SLV-VT, all satellites can directly load from customer base and then transported for sea launch.

Our heavier launch vehicle, SLV-VT has the ability to land on any landing pad spread across the globe. These landing pad can also act as a launch pad for next launch as our SLV-VT is fully reusable. Constructing a custom landing pad next to satellite manufacturing center reduces huge amount of time in transporting heavier satellites to launch pad.